The 0.5 per cent Krishi Kalyan Cess
(KKC) on all services increases the total tax chargeable on services to 15 per
cent, making it expensive to dine out or travel. 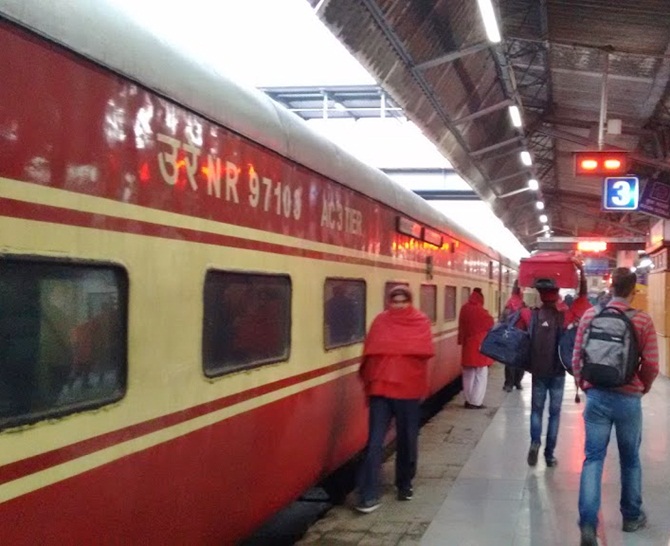 A slew of additional taxes announced in the Budget, including
agriculture cess on services, equalisation levy, higher securities transaction
tax on sale of options and tax collection at source on cash purchases for goods
and services over Rs 2 lakh, will kick in from Wednesday i.e. 1st June 2016.

The 0.5 per
cent Krishi Kalyan Cess (KKC) on all services increases the total tax
chargeable on services to 15 per cent, making it expensive to dine out or
travel.
The equalization levy of six per cent on cross-border digital transactions is aimed
at foreign multinational digital companies without a permanent establishment in
India, such as Facebook,
Google, Yahoo and Twitter, making them liable to be taxed in India for their
earnings from local advertisers.
The levy
could potentially drive up costs for advertisers, with the digital companies
expected to pass on the extra tax cost.
The payment
in cash for buying goods and services worth more than Rs 2 lakh, excluding
jewellery, will attract one per cent extra tax at source from June 1.
The existing
similar tax of 1 per cent on cash purchase of over Rs 5 lakh of jewellery and
over Rs 2 lakh of bullion will continue.
The sale of
options will also attract increased Securities Transaction Tax (STT) of 0.05
per cent from Wednesday. Currently, STT is 0.017 per cent.
A one-time
settlement tax scheme for resolving disputes emanating from retrospective
amendments to the Income Tax Act will also come into effect from Wednesday.
Apart from
all this, the four-month window under the Income Declaration Scheme, which
gives a chance to domestic tax payers to declare undisclosed income or assets
and avail immunity from penalty and prosecution by paying tax 45 per cent, also
kicks in on Wednesday.
The Central
Board of Direct Taxes (CBDT) released the first set of 14 FAQs to dispel doubts
related to the scheme last week.
The scheme
requires declaration of undisclosed asset at its fair market value (FMV) as on
date of commencement of the scheme and will be regarded as cost of acquisition
of the asset for any subsequent transfer.
The CBDT
members Rani Nair and S K Sahai in a ‘Talkathon’ on Tuesday said declarants
under the scheme will enjoy immunity from prosecution under various laws like
the Wealth Tax and Income Tax Acts.
“No
questions will be asked from them. Once this window closes and we get to know
that a person has black money, we will tax it and the I-T department will take
action,” Sahai said.
A similar
scheme for undisclosed assets stashed overseas fetched exchequer Rs 2,428.4
crore from disclosures worth Rs 4,147 crore.
The Dispute
Resolution Scheme provides an opportunity to taxpayers to settle tax disputes
once and for all by paying tax, interest and 25 per cent penalty by December
31.
“It is
an accepted fact that a huge number of cases are pending at various stages of
appeal, adding to uncertainty to taxpayers as well as the tax department.
The scheme is
a win-win situation for taxpayers as well as the government.

However, the scheme should have been made broader to provide certainty to a
greater number of taxpayers.

Further, asking taxpayers to pay penalty of 25 per cent above tax and interest
might dampen the enthusiasm of taxpayers to avail the scheme, particularly when
in majority of cases disputes are due to aggressive approach of tax authorities
in assessment,” said S P Singh of Deloitte.

The Direct
Tax Dispute Resolution Scheme, which seeks to resolve cases pending in various
courts, tribunals, arbitrations or are in mediation under the Bilateral Investment
Protection Agreement (BIPA), will come into effect from Wednesday and provide
an opportunity to settle retrospective tax cases.

The scheme allows companies to pay the basic tax demand and get waiver on
interest and penalty.

The scheme is
seen as an opportunity for companies like Vodafone and Cairn, which have been
facing multi-billion dollar tax liability, following retrospective tax
amendments in 2012.
STARTING
TODAY
A 0.5% Krishi
Kalyan Cess
Equalization levy of 6% on cross-border digital transactions
Payment in
cash for buying goods and services worth more than Rs 2 lakh, excluding
jewellery, will attract 1% extra tax at source
Sale of options will attract increased STT
of 0.05%
One-time settlement
tax scheme for resolving disputes emanating from retrospective amendments to
the I-T Act
Four-month
window under the Income Declaration Scheme
Direct Tax
Dispute Resolution Scheme
Tweet Pin It

Get Update Through Mail Alert